You can find more information about the talk at these three links:
Facebook, Meetup, The Hidden Teachings of Rumi webpage

Here is an overview of what I will be talking about: 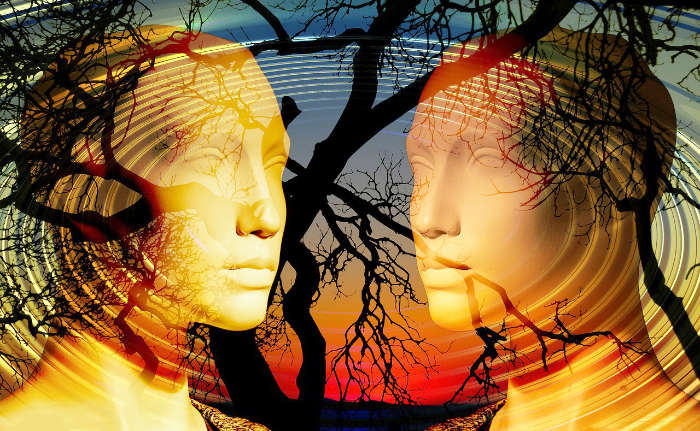 For the last 100 years, psychologists have been moving toward a more scientific approach, to find principles that can be established on the firm ground of objectivity. At the same time, quantum physicists have been turning the foundations of physics in exactly the opposite direction, toward the realization that objectivity is impossible when observing quantum behavior; that “forces” do not force particles, they only influence them; and that it is quantum entanglement between particles and the environment that create the appearance of a solid objective reality.

Psychology can learn important lessons from these quantum discoveries. For example, it offers new insights into the recent “replication crisis” in psychology experiments by showing that there is a direct relationship between the replication problem and the “measurement problem” in quantum physics. I recently published an interpretation of quantum mechanics that also suggests the possibility that subatomic particles may behave so strangely because they possess an element of sentience, and all of the strangest aspects of quantum mechanics can be explained by this sentience. This new interpretation predicts that quantum behavior should also be present whenever relationships form between sentient agents, including organisms and human beings. If this is true, then psychology will never become a hard science like classical physics because there are too many quantum effects involved in human perception and experience.

At the same time, psychology has lessons it can teach physics. Over the last century, physicists have failed to find a way to understand the quantum mystery. Perceptual “sets” and “schemas” offer insights that open the door to a deeper understanding. The scientific lens of perception comes from schemas learned from centuries of studying mechanisms and reactions to forces. This is why the principle of objectivity became the foundation of science at the same time as the Industrial Revolution took off. But this lens of perception has not been able to solve the paradoxes of quantum mechanics, the mystery of what makes organisms alive, or the enigma of consciousness. An understanding of perceptual sets can play a role in expanding the reach of quantum physics, especially when it gives us insights into why quantum relationships between sentient quanta should indeed create forces of attraction and repulsion, as physicists have learned.

If you would like to discuss this topic, please feel free to start the dialogue below.

3 thoughts on “Upcoming Talk: What Psychologists & Quantum Physicists Can Teach Each Other”

His varied work has led him through successful careers in a wide range of professions, including: journalist, inventor (with more than 35 patents), editor, engineer, marketing manager, photographer, corporate executive at one of the largest companies in the world, and co-founder of a technology start-up.