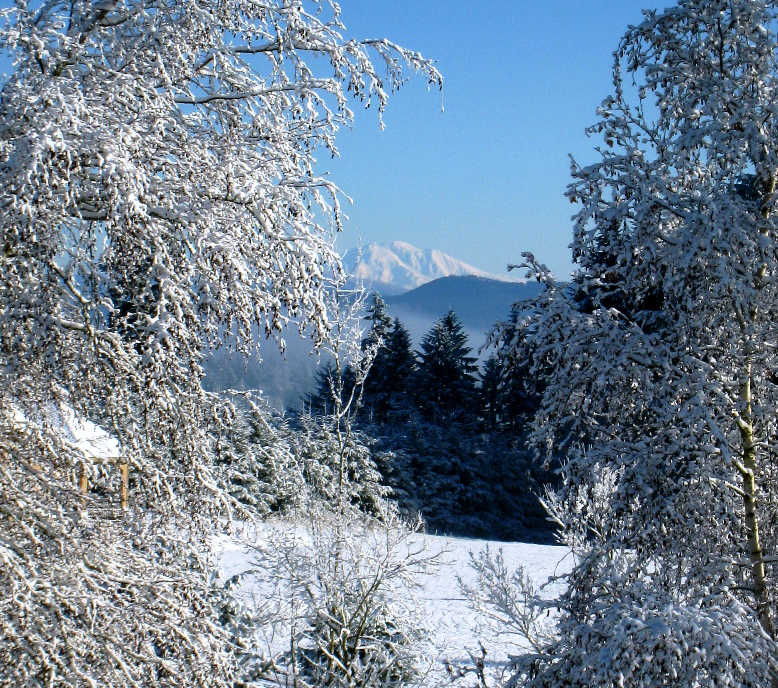 With new years, it is a custom to think back over the last twelve months and to set down new goals for the future. Time for reflection and resolutions. However, there is another opportunity that is often overlooked.

Look closely at the transitions of time and you can see that with every start there is an ending. Yet, we tend to miss the end of things in our modern age, and in the process we overlook something more important than we realize.

Our whole culture seems to be focused on youth, the outflow of life, and the birth of new creations in the world. We avoid death. We don’t like final moments. This comes from a common misunderstanding about the flow of life. We think it is continuous, but it is not. Gaze deeply and you will see that each moment is separated from the next by an instant.

Hidden in the flow of life are continuous endings, beginnings, and instantaneous rest points between them.

Most people are not conscious of the space between moments, yet this is where we can change life. This is where the little choices we make become far more powerful than the big plans we try to accomplish.

Understanding how to end things is the key to giving us what we need to move forward. If we cannot close the loop, we cannot let go, and all of our energies become tied up in things that no longer exist.

Some of the strangest ideas of our modern world revolve around the end of life. If you were an alien visiting this planet, you would find it bizarre. We hide almost all signs of death from public eyes. We become obsessed about safety. We restrain ourselves and others from living fully, to push off death.

Therefore, when dying hits us, the experience of it is generally shocking and disturbing. The idea that it could be the end, with nothing beyond, truly frightens people to their core.

In previous eras, we cared for the sick and dying in our homes. We raised and killed the animals we needed for food. We faced death every day and understood the meaning of it better than we do today.

Most primitive cultures treated the killing of animals as a sacred act. Food was accepted with thanks, knowing that another creature gave up their life for them to live. They were involved in such sacrifices every day and it gave them a meaning to life that we have forgotten.

In our modern world, we put off thinking about our death for as long as we can. The unknown is scary. Our imaginations run away with us and we picture the worst. We are like juvenile delinquents when it comes to preparing for our death. We don’t want to plan for that. We don’t want to even think about it.

I think this is why we spend our lives focusing on what we have and hope to have, and we ignore our endings.

It is interesting to see the changes in people who have had near death experiences. There are thousands of such cases reported every year. We hear a consistent statement from most of them: They lose their fear of death.

It is as if they dramatically experienced that space between moments and it changes everything for them.

They come back saying how valuable life is. They are far more capable of living every second because they know that death is an incredibly beautiful ending and transition into another world.

In other words, experiencing the instant of death awakens them to a deeper relationship with life. What is it that empowers them? It is the freeing up of the energies they had left behind. They were able to fully withdraw, let go and seal up their past. This brings the full freshness of life into the moment.

It is interesting to see how Christianity displays the image of Jesus on the cross. It has come to represent a symbol of how he suffered and died for our sins to offer us protection. This is almost the complete opposite to how early Christians saw it. In the first few centuries, this image became a powerful symbol showing Jesus’ fearlessness towards death. This was the higher reality he lived by that let him accept the end of this worldly life in order to begin a greater one.

His fearlessness unleashed the Christian movement, and it grew so large it eventually threatened the Roman Empire. The only power that Rome had over others was the threat of death. But once thousands of people were willing to die for a higher reality, the greatest government in the world was helpless against them. This is how early Christians discovered how to make their death a gift for the sake of life. This was what the icon of the cross stands for. It took them out from under the rule of physical forces and put them into the hands of a greater existence.

This same power comes when we give up our moments to life.

Therefore, we should not just think ahead about the new things we want to accomplish as we begin a new year. We should also think about all the endings we are leaving behind. We can give them up and let them go as if they are gifts we are giving away. We can willingly release them as our sacrifice. This honors them and gives thanks for what they gave, offering them a beautiful passing.

If we practice this each year and learn to treat each moment this way, eventually we will outgrow our juvenile behavior and even one day prepare for our own death. We can picture our own dying as a gift to life. It is after all the greatest thing we can give up. Why not spend some thoughts toward making it a great and beautiful ending, so that we have prepared for it, when the time comes?

I believe that time only belongs to those who give it away. It rules everyone else, which is why they never find enough time to live.