From the stairway of Independence Hall

When spirituality turns its gaze beyond this physical world, it becomes revolutionary. This is something that can’t be avoided, whether it is intended or not, which is why spirituality has brought about more changes to civilization, down through history, than any other force.

This thought struck me as I was walking through Independence Hall in Philadelphia, last week. I took the picture on the right while standing on the stairway of Independence Hall, as I thought about the amazing times of the American Revolution.

The US Declaration of Independence was first signed and read out publicly here, and it was in this building that the US Constitution was created after months of work behind closed doors and shuttered windows. These are changes that shook the world.

Both the Declaration of Independence and the Constitution show signs of the extraordinary spiritual spark that transformed the revolt into something more than just a struggle against oppression and unfair taxes. This spiritual upheaval began a hundred years earlier, when The Age of Enlightenment started emerging and openly examining the principles of religion and government. Then, in the early 1700’s, the Great Awakening of the American colonies sprang to life from such leaders as Jonathan Edwards. Thomas Paine and dozens of others followed later, writing that religion must not be controlled or contained. The human spirit needs to be free to pursue all of life. Religious belief is only meaningful when it comes from within us.

These principles were written into the Declaration of Independence and Constitution. Never before had the inalienable right for spiritual self-discovery been incorporated into the founding documents of a government.

Yet, for some reason, this aspect of the revolution is often forgotten. The modern day image of religion now seems to be all about tradition. Religion, these days, seems to be perpetually trying to catch up with our changing world. It doesn’t seem to be leading, but following and even holding us back. When we hear about religious revolts, they are usually fundamentalists desperately trying to hang onto past times and ages.

There has always been a polarity between spirituality and religion, because organized religion focuses on the world and its place in the world, while spirituality is an individual experience. Therefore, the two have often been at odds. History books are filled with examples of Christian mystics in perpetual battles with the church. Yet those same mystics would later be canonized as saints. We can find just as many Sufis who were hounded by Muslim fundamentalists and sometimes martyred, yet their teachings have become the heart of Islamic belief today.

We find this in every religion: Spiritual revolution starting a new religion that then tries to stop the world from changing. It is strange. Every major religion sprang from leaders who were revolutionary in their vision and lives. Jesus Christ, for example, challenged Jewish practices as he pushed his people to follow a higher law. Buddha turned away from his world to find the true meaning of life and how to live. Mohammed moved Arabs from tribal feudalism that ruled the mid-east in his day, to a belief in one reality behind all realities.

In Karen Armstrong’s book, The Great Transformation, she shows that all of the major religious traditions were founded on dramatic new visions of life. They came from leaders who were focused on something beyond the world. They were moved by a spiritual purpose. They raised the sights of people beyond politics and power struggles. 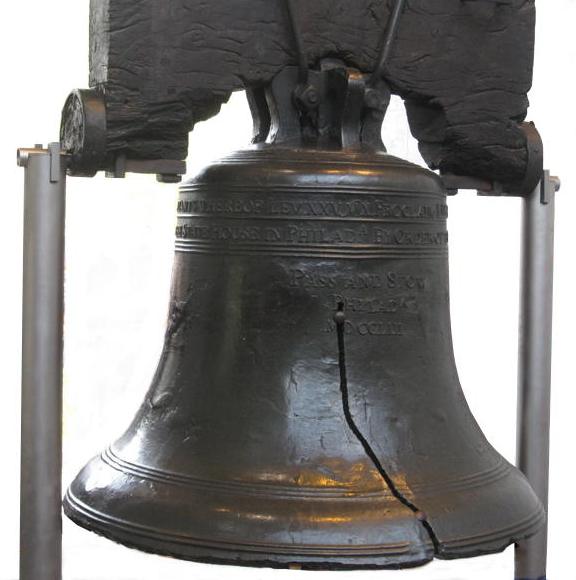 Yet, today, people see religion as useless. We’ve lost interest in spiritual revolution because life seems to have no ultimate meaning. Therefore, those who are moved by a reality beyond this world are indeed the outsiders of modern life.

Our secular age came from a thousand years of spiritual revolution, working to create a culture where each person would be treated as an individual and that their own beliefs would be seen as sacred. Charles Taylor shows this clearly in his recent book, A Secular Age. It was continuous spiritual striving and experimentation that led us to freedom of religion. But the modern view now says that all of this was created to shed religion and leave it behind, like a vestige of the past.

It is perhaps the strangest reversal of all times.

We are taught today to not believe. Religious beliefs are tolerated, but only fanatics adopt them. This world is all there is, and our physical life here is who we are and the only thing we have. Anyone who believes in more than this is a fool.

Science and experimentation began as a spiritual search for truth to better understand the incredible creation of life, but now is used to prove that we don’t need religion. The industrial revolution was seen as creating a new world where people could have leisure time to pursue spiritual goals. The leisure time arrived, but materialism has grown even faster.

A strange shallowness has spread across the masses. However, real individualism doesn’t come from stylish clothing or cool sunglasses. It comes from following the beat of our own inner drum, not what is popular. This is what transforms us. It must be something that grows out of our own understanding and only comes through individual spiritual search. It takes courage to step away from the path of popular belief to decide for ourselves what we know, and to understand what we don’t know, but this is where we find a true sense of purpose and meaning.

Those who live this way are true individuals. They are the ones who bring real changes to the world, because they are moved by forces from deep within. Their inspirations vitalize our culture.

Whether they realize it or not, they are revolutionaries.