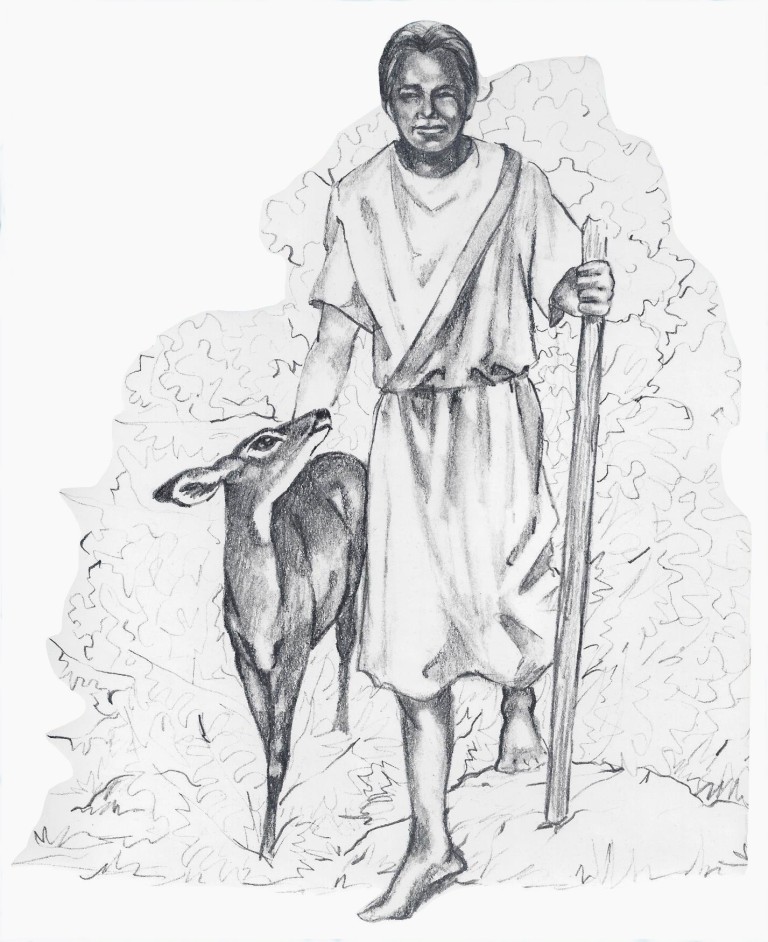 (This article is an excerpt from The Silent Questions, pages 129-131. It describes an inner experience I had many years ago.)

Bare outlines of a wooded scene filtered into view. My attention locked on and I found myself projecting into a most beautiful world. Trees of bright green, with leaves that flashed in the sun, lined a rushing river. The river filled me with energy and lightheartedness. It flowed with water of blue-green, the lightest hue, like none I had ever seen before. I wondered where it came from.

Then, looking up, I saw the white majestic walls of cliffs and mountains soaring high into the clouds. The rock face fell straight and smooth at least 1,000 feet. I instantly thought of the Hindu-Kush Mountains in Northern Tibet.

I flew upstream searching for some falls where the cold, fresh glacier water crashed from above. I seemed to remember where this might be. But I suddenly swerved right, traveling at a tremendous speed and only half catching images of the changing terrain.

Off in the distance, I saw a yellowy glow reflecting off the trees. As I approached, a campfire revealed itself. Yet, this was no ordinary fire. Its flames filled me with an expansive feeling, as if it could awaken all the secrets throughout the worlds. It was a mysterious light that drew me to it, and I knew exactly why the moth will fly into a scorching flame. I felt this same desire within me.

Like a magnet, it drew me on, and as I approached I noticed that no warmth came from this fire. It spread out only a feeling as vast as space itself. My vision became crystal clear from this energy and I knew that all things grew in harmony with this light. Its glow washed through me and eased all my tensions. There seemed to be a soft sound coming from the light, like a babbling brook, which brought relaxation and an increase in understanding. I reached out to touch it.

My hand felt something solid. I jumped back, startled, for the figure of a man stood now where the fire had been.

Bowing at the waist, he introduced himself. “Prajapati, at your service,” he said with a smile. A merry look that sparkled in his eyes set me laughing at his gesture.

Here was Prajapati, the great Master who guides animals. Watching him before me was like finding the answer to some great mystery I had always longed to know. He walked softly to a stone, placing his hand on the smooth surface as if in some communication. Then he took a seat, pulling his knees up within his arms. He looked off into the distance saying nothing.

After a long period of silence, he turned to me and spoke in a voice that was clear and soft.

“Freedom is the law of nature!

“Nature exists on the breeze, circulating and touching all atoms. It is the call of freedom and the world is soothed by its song. Such shame that man lives and dies for civilization. If he put his faith in nature, I would show him his true kingdom.

“Man is heir to the throne, but his world is paced too fast. Whirlwinds of energy, like invisible tornadoes, dizzy the minds of billions. Where do they all hurry to? I have no idea.

“Yet I marvel at Man. Look what he has done! Man brought the smile to Dolphin. He brought softness to Cat. Loyalty to Dog. He has the gift of God!

“In days of old I walked openly with Man. Do you remember when we met in that glorious empire of Mu? That was the soft rolling land where all things grew without seed, for Life awoke spontaneously in the water and air. Cat was invited into Man’s temples there.

“I stood by the side of fishermen in Atlantis when they built that great bond with Dolphin. Then, in the Northern land of Europe, shepherds led Dog out of the woods to tend their flocks. Look, time has whisked by since then, but what has changed?

“Everything in your world is your kingdom. It is yours to uncover and awaken, for you can see its True Form. No others can see it for you. Forget not even the smallest one by your side, and even Rock and Stone will await your shadow when day’s work is done. Perception is your gift of creation!

“If you give freedom to all things, then you have the secret of nature. I can give you no more. Look to the Inner Master for all else!”

Prajapati stood up again and looked far away toward the horizon. His form gradually faded into a golden light, which grew and grew until there was no saying where it ended. This was truly his world!