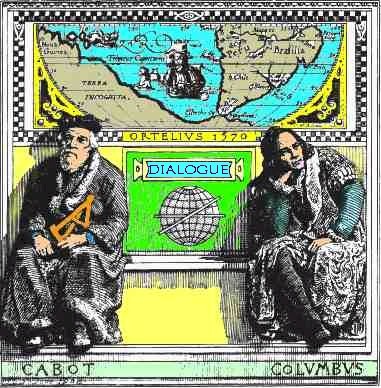 This image was used for the original Internet posting of the dialogue I had about the controversies surrounding Paul Twitchell’s life. I began commenting on David Lane’s book, chapter by chapter. I questioned his sources and corrected errors that I knew from personal experience.

I included the comments in response to my posts, along with David Lane’s responses. People participated from a wide range of perspectives. The dialogue was lively, with lots of disagreements and new insights from unexpected sources.

By the end of the discussion, the whole story and picture of Lane’s expose had changed.

This led me to write The Whole Truth: The Spiritual Legacy of Paul Twitchell, which updates all the information in Dialogue in the Age of Criticism. It also includes a lot of new information I discovered about Paul Twitchell’s early life from interviews with people who were close to Paul, and from forgotten files kept in the archives of a library at a college where Paul attended as a student. The librarian in that college collected Paul’s early writings, along with letters that Paul received from the late 1920’s to the 1940’s.

The old web site has been taken down since it is out of date and served its purpose.